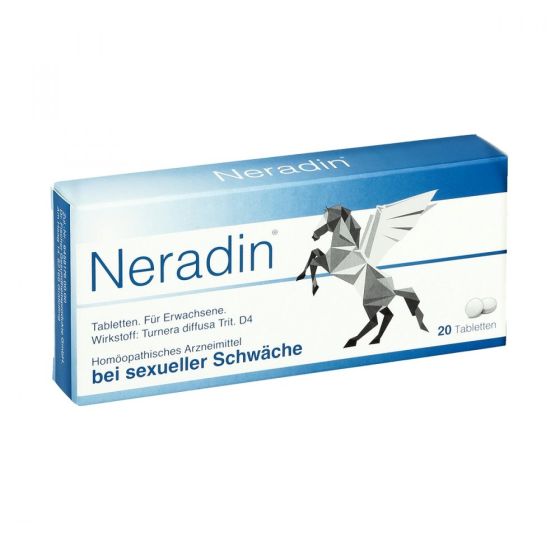 Achieve the desired results with good tolerance
Neradin is an over-the-counter medicine that is effective and well tolerated against erectile dysfunction and long-lasting erectile dysfunction. With the active ingredient Trituration D4, Neradin ensures a more fulfilling sex life in the long term. The active ingredient is characterized by its good tolerability and is considered free of side effects based on several studies.

Neradin builds drug levels for long-term effects
In contrast to many other drugs that are used to treat erectile dysfunction, neradine improves symptoms over a long period of time. Neradin is taken three times a day for at least four weeks. In this way, a constant level of active ingredient builds up in your body and you get long-term improvement in symptoms.